We interviewed Mr. Tsuyoshi Kaminaka, whose solo exhibition will open on June 11! 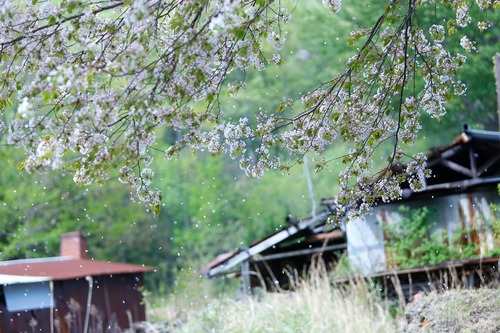 ■A new wind blowing from a ceramic mountain village

Tamba-yaki is one of the six oldest kilns in Japan and has produced attractive masterpieces, but unfortunately, it has been inconspicuous in modern times.

However, in the last few years, many artists, mainly of the younger generation, have emerged with their own unique styles that are not bound by frameworks or forms, and the area has become particularly prosperous as a ceramic production center.

I chose this title because I wanted people to feel the charm of the generosity of the “Seven Monsters of Tamba” and the new wind that is now blowing in the mountain village of pottery. 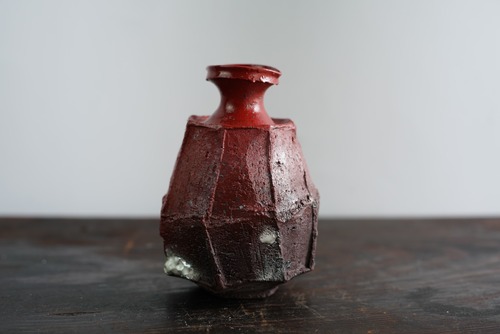 This time, in addition to the coloring series, which has become a standard part of my work series, I tried firing in a climbing kiln in May to try a Tamba-like yakishime piece for the first time in several years.

The works produced by sticking to traditional shapes and firing, such as “Akadobe” with red coloring and “Shirotamba” with white makeup, are reminiscent of Ko-Tamba. We hope you will enjoy the lustrous kiln change and powerful form of these works. 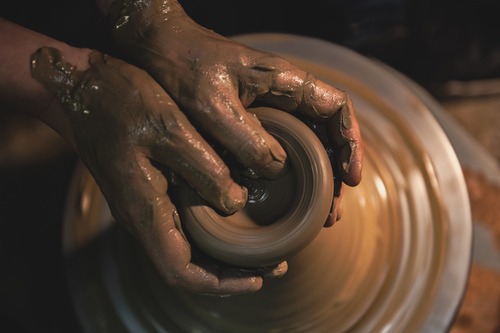 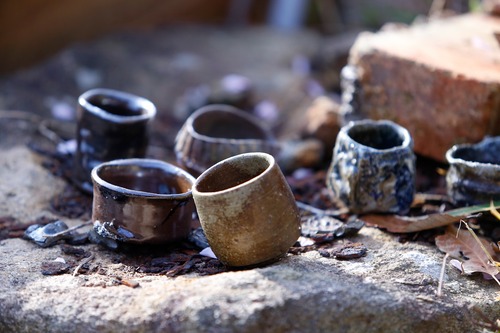 ■Fascinated by the moment when the kiln is opened

The soil used for the anagama and climbing kiln is different from the red clay unique to Tamba, and is originally collected from the nearby mountains. The work of carrying shovels and sandbags up the slope of the mountain, digging up the soil and bringing it back is very hard work, but it is the most important part of the process because it is the source of his work.

The most enjoyable process is the moment of firing the kiln.

Especially, the wood-fired kiln is used for natural glaze flow and kiln transformation, sometimes distorted in the kiln, and sometimes interesting when the ashes fall, I continue to produce daily while thinking about the beauty of coincidence and immeasurable charm. 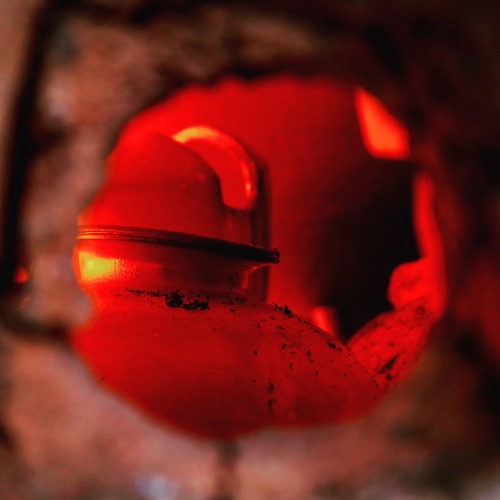 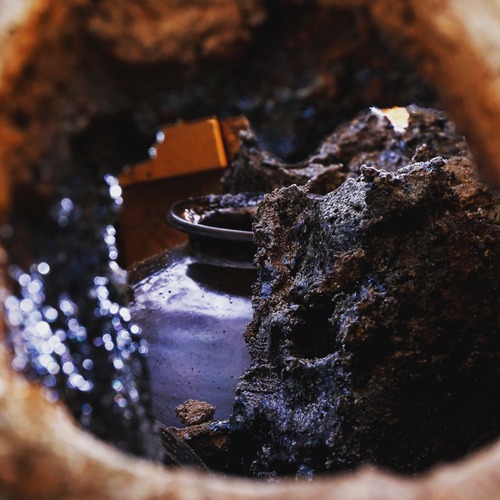 ■Expressions that only Tsuyoshi Kaminaka can make.

When reduction firing (a firing method in which combustion progresses in a state of insufficient oxygen) is carried out in an anagama kiln, the ashes from the fallen wood become a natural glaze, leaving a unique greenish texture on the piece. We believe that the reason why this technique has survived even in this age of convenience is because there is a beauty that can only be created by this method.

In addition, the clay of Tamba is characterized by red clay containing a lot of iron, but the clay used for firing in anagama kilns, etc. is white clay collected uniquely in the neighborhood. When the base (canvas) of a work is white, the flow of natural glaze and the coloring of beadlo become more vivid.

理We are very particular about the materials we use to create the colors we want to achieve. 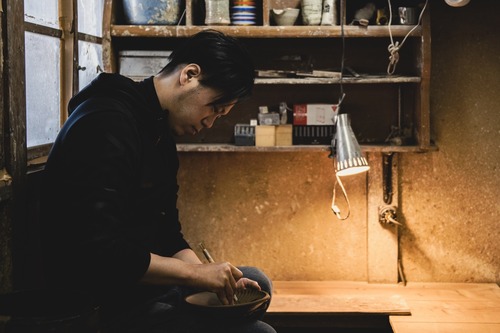 ■Tsuyoshi Uenaka is actively expanding his activities, including participating in the “Tanba Sasayama Online Tour.What’s the outlook for the future?―

Many tourism industries have been hit by the Corona vortex, and this is no exception for many ceramic production areas, including Tamba pottery.

Especially last year, all events such as exhibitions, private exhibitions and pottery festivals were cancelled and it has been difficult for us to sell our products in person at our actual shops.

However, if the demand for people’s activities has not disappeared and is only temporarily suppressed due to the Corona Vortex situation, the most important thing we can do as a production region is to promote PR and image strategy for the after-Corona.

The aforementioned online tour using the Zoom app was planned and operated in collaboration with the City Hall and the Tourism Association.

Considering that the wave of DX is progressing even in craft production areas in the future and the importance of online information dissemination is increasing, I think it is important for not only individual artists but also the region and production areas as a whole to focus more on disseminating information through e-commerce sites, online tours, private web exhibitions and social networking services. In this day and age, I would like to continue to engage in activities that transcend geographical boundaries and allow people to get in touch with the thoughts and feelings of the makers.

Thank you very much, Kaminaka-sensei! The solo exhibition will be held from June 11 (Fri) to 20 (Sun). Please take this opportunity to visit the exhibition.

Goji Kaminaka Solo Exhibition -New Wind from a Ceramic Mountain Village-” Friday, June 11 – Sunday, June 20We will be open from 13:00 on June 11th.venue：Gallery Seekexhibiting artist：Kaminaka TsujiWriters’ Day: June 11 (Kim) – 13 (Sun) 13:00 – 17:00 on each dayMr. Tsuyoshi Uenaka is the 11th generation of “Tamba-yaki Inaemon” which has been succeeded for 280 years since the middle of the Edo period. In order to bring out the charm of “Tamba-yaki”, which changes a lot depending on the kind of glaze and the technique of decoration, his works, which are particular about the color, tone and form, show the depth of Tamba-yaki. This time, in addition to the standard colored series, we will exhibit many pieces fired in a climbing kiln. Using Tamba clay and cherishing Tamba’s traditions, he creates something different from others. Please come and see his new works that confront tradition and the history of the region that has continued for 850 years.

What is important for daily life tools is ease of use and beauty. We inherit the tradition of “use and beauty” that Tamba-yaki is proud of, and express a new Tamba-yaki that coexists with modern life.
Kaori Soutome SNS introduction
Interview with Masaaki Hikita, 2021.