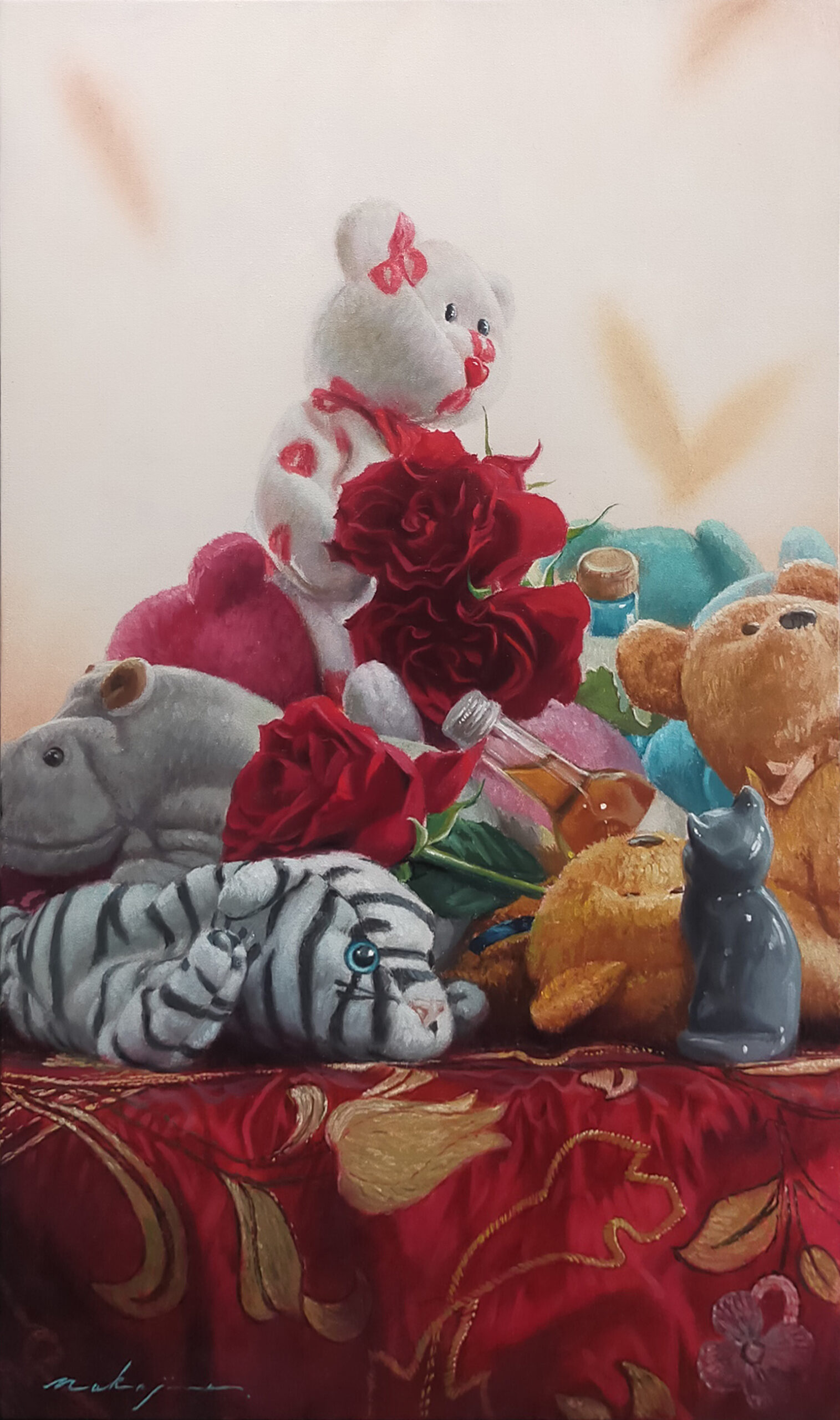 He made his professional debut in his third year of college, and has produced over 500 works to date, all of which have sold out.

His delicate and sophisticated technique and warm style with a human touch are highly regarded as unique and one-of-a-kind.

He has been featured on television as a “sold-out painter” and his works have been talked about by “Jakucho Setouchi,” “Becky,” and “Yua Shinkawa,” among others.

In addition, his Twitter postings with the hashtag “To live as a #painter” have been a hit, and an article about his conversation with a popular manga artist received 7,000 retweets.

He also created the program poster for TBS morning information program “Good Luck! and also appears as a commentator on Thursdays. In 2021, he appeared on the long-running TV show “Tetsuko’s Room” and painted a portrait of Tetsuko Kuroyanagi.

He writes a series of articles on his cat Mucha in “Figaro Japon”. He has also launched the public exhibition ARTIST NEW GATE, and is making efforts not only in production but also in activities to make art more familiar to the public.

The relationship between a painter and a model is similar to that between a cook and an ingredient. No matter how good a cook you are, if the ingredients are not delicious, you have nothing to show for it. Many women have helped me to become the person I am today. That’s why I want to be able to depict not only the superficial beauty but also the inner strength and kindness of women. I hope that the women depicted in my works will remain with me for a long time to come, and I believe that this will be my way of repaying the women who supported me. (From WORKSOFKENTANAKAJIMA)
FUJISAKI ART COLLECTION 2022
Yuji Musashihara Japanese Painting Exhibition